I just finished a video I began at the end of 2017 while just playing with my iPhone camera. After several computer crashes and losing my edit more than once, for maybe a year I thought I had lost all the raw footage. I found it sometime in 2020 while […]

Here’s a video version of a poem originally published in the Slash Pine Press 2014 Festival Anthology. You can read it and a few other poems inspired by our old mutt Lucy here.

New Music: We Danced and It Had Eyes Flat Like Gold Coins

Part of a continuing collaboration with improviser/guitarist Scott Bazar. I designed the track around the improvised pieces he sent me. He used guitar, an electric Christmas tree star topper, touch and sound reactive LED puppets, GE LED light stock, an LED Halloween skull, Ebow with a metal plate, a portable […] 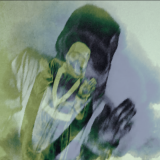 This continues a collaboration with improviser/guitarist Scott Bazar. There’s a playlist on SoundCloud of what we’ve done so far. He’s a continual inspiration. I never know what he’s used to make his tracks and it’s like a surprise I get at the end of the process when he sends me […]

Just What I Needed 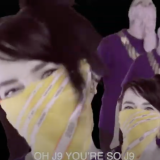 Check out some J9 videos if you enjoy your humor somewhere between quotidian observation and dada. One of my favorite images from the series is of a miniature motivational hippo exhorting from beneath a car in a grocery store parking lot. That may give you some idea of what to […]

The Coven of Lonely Gourds 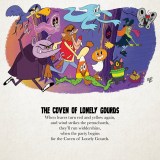 This was originally a Thirteen Days of Halloween that I made with artist Reed Randolph. You can read the whole thing here. 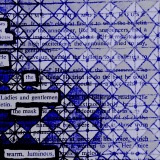 News was serious.He read the Ladies and Gentlemen bulletin.The mask was warm, luminous.