At The Drunken Odyssey, I review Gwenifer Raymond’s Strange Lights Over Garth Mountain.

Over at The Drunken Odyssey you can read a review of one of my favorite records of 2020–Silica Gel’s May Day.

Over at The Drunken Odyssey, I review Christopher C. King’s Lament from Epirus, a book about the West’s oldest surviving folk music. 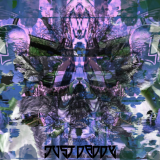 I did some guest work on some recent releases I thought I’d share. Just Daddy’s God Housekeeping is described as a dark ambient/doom record and I like it a lot. I did a few bits and pieces with no real reference for what the record was going to be. I’m […]

This is the first track from a music project with Justin Litaker called The Spiritual Animal Kingdom. “Knuckle Dustup” started with an improvised track made by Scott Bazar using a nano bug wedged inside a large tuning fork. We edited that track and then wrote the rest of the piece […]

You can read my review of Doomed to Fail over at The Drunken Odyssey.

You can read my review of Dua Saleh’s Rosetta EP over at The Drunken Odyssey.

I just finished a video I began at the end of 2017 while just playing with my iPhone camera. After several computer crashes and losing my edit more than once, for maybe a year I thought I had lost all the raw footage. I found it sometime in 2020 while […] 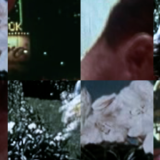 Kelly is my guitar and bass teacher. I started taking lessons in March as a way to get through lockdown. I had always wanted to take lessons, but either always said I didn’t have the money or didn’t deserve them. Getting back into playing music has helped get me through […]