The Week That Was, or Emptiness, Eagles, and Snow

While finishing the last week of the 2018 academic year, the family got some form of stomach virus that started last week. Since that cleared up, we’ve been able to do some much needed cleaning and organizing. We’re also planning our next academic year. The youngest got her cast cut […]

The Week That Was, or Brokefoot Poutin’ 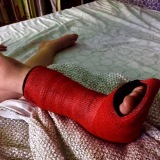 Remember last week and all that great weather and trips to the park? This week began in rain (and ended in rain) and a broken foot for our youngest who was just getting the hang of sliding down the “fire pole” by herself. She’s in a cast and a Franken-boot […] 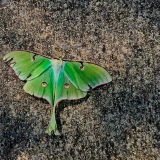 We’ve had great weather here, so when the kids get home we’ve been going to the park. I miss when the geese would waddle around us. Now there’s just screeching trees, but at least the insects and the heat haven’t taken over…yet. Mostly it’s just Spider-Man jumps and running around […]

The Week That Was, or I Wish the Shoe Fit 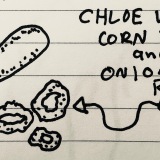 This week included speeding tickets, stomach viruses, the stinkiest, and ultimately most inedible, Brussels sprouts ever, and a white-knuckled trip to work in rain, standing water, and without streetlights, among other slight disasters. My just-turned-four-year-old got a special present of pull-ups for her birthday because of the stomach virus. Taking […]

The Week That Was, or Waiting Out the Clock

An exhausting week. Sometimes in a good way–a decent amount of work and writing done, children’s art and messiness–and sometimes bad–just sort of, well, exhausting. I wrote about Fever Ray’s Plunge and the last of The Outrider’s season on resistance and community is available. David Foster Wallace said that the production company’s […]

The Week That Was, or You got some Duncan Idaho on my Gurney Halleck.

The week began with some semi-restful snow days. I don’t believe anyone in our home was permanently damaged, though a few tears were shed and more than a few markers bled. The almost-four-year-old sang while we were discussing dinner plans. Her song began, “Tiki masala / I need a dolla.” […]

The Week That Was, or Down and Out on Electronic Submission Platforms

I think I’ve garnered more rejections in the last year than I’ve ever received. The takeaway from that is that I’m submitting more than I used to.  Sometimes that makes the process seem easier and sometimes it doesn’t. Lost Chords and Serenades Divine #2 is available for your perusal.   […]

The Week That Was, or And But So

Most of the week was taken up with getting the second semester of school under way. That and the continual fight with the dryer. I will now have to hire a true mercenary after four troubleshooting attempts that have exhausted my limited handyman artillery. I’ve been a lifelong horror fan […]