You can read the reviews at The Terror Test.

You can read this at The Terror Test. 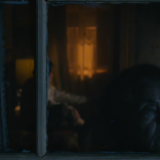 Evidently I’ve enjoyed a lot of what I’ve seen from 2016.  When I made the original list, I had only viewed Neil Breen’s Pass Thru, which is still here, of course. I linked the short films to where they can be seen for free. If you have any questions about […]

Ladies and Gentlemen, Welcome to the Party Zone: Recent Viewing

When Kanopy sent an email celebrating their Joel Potrykus collection it didn’t mean anything to me until I scrolled down far enough to see that he had made a favorite of mine, The Alchemist Cookbook (2016). Ultimately, I fell for the promotion and decided to check out another one. Then […]

The Angle of Eternity: Recent Viewing 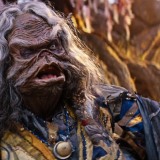 On Dangerous Ground (1951)A film noir directed by Nicholas Ray (and Ida Lupino, who stepped in when Ray became ill). Robert Ryan plays a cop known for getting criminals to talk by using brute force, which is even wearing down his police peers. He gets sent to literally cool down […]

From the Eunoia Archives: The Terror Test: Test Prep #6 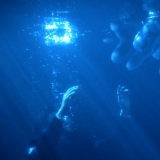 Originally written for The Terror Test episode grading The Fireman, Baskin, and Southbound. Satan, oscillate my metallic sonatas! or Repetition In Heaven and Hell “I think this story is about Hell. A version where you are condemned to do the same thing over and over again. Existentialism, baby, what a concept: paging […]

Wild Guitar (1962) is part of a series of movies that Arch Hall, Sr. produced for his son, Arch Hall, Jr. It at once criticizes the nature of celebrity, but also attempts to capitalize on it. I can’t tell when it’s meant to be funny–or earnest, for that matter. Not […]

From the Eunoia Archives: The Terror Test: Test Prep #5

This was originally written for Terror Test episode 26 on The Green Room, The Invitation, and Antichrist. Existential Horror from Kaufmann to Breillat This week’s trio of terror is different from the horror films I generally watch. “Existential horror” came to mind as a way to describe them, so I researched the term. After […]

Scary Stories Treasury: Alvin Schwartz, illustrated by Stephen GammellI missed this collection of revamped urban legends and folk myths when I was a kid. I went from Godzilla in kindergarten, to the TV edit of Jaws in first grade, to Stephen King books and adaptations by second. I can only […]