I recently interviewed Jad Fair and knowing so many of his songs talk about monsters and that he grew up in Michigan, I had to ask him about Channel 50. Sure enough, he watched a lot of early monster movies there and was lucky enough to grow up with various […]

From the Eunoia Archives: The Terror Test: Test Prep #9 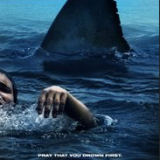 A Supposedly Fun Thing I’ll Never Do in the First Place Originally written for The Terror Test. Check out their new website. I am now writing Lost in Arhkam. Previous Test Prep essays.  This was written before the current fires in Australia for an episode covering Wolf Creek (2005) and The Babadook (2014). “The correspondent wondered ingenuously how […]

Recent Reading Over at Lost in Arkham

A short survey of recent horror-related fiction and nonfiction is at The Terror Test.

You can read the review at The Terror Test.

You can read this at The Terror Test.