The End of the Year in Viewing

These film lists grow out of the traditional year-end motivations, but also from finally keeping a film journal since this summer. I’ve said I was going to do this for years, but now that I’m old enough to forget films I’ve seen, and along with the business of working and raising kids, it’s practical now.

The first movies listed here are favorites that I’m not going to include in other lists. These are films that I plan on writing about more in the future.

As many times as I’ve seen it, I think this was the first time I watched the Japanese version. I’ve always loved Godzilla films and my almost four-year-old daughter caught me watching it and is now obsessed with the movies and the ‘70s cartoon.

Before video rentals, when these holiday shows would come on they were events. I’m more excited about watching these shows with my own kids than I was watching them when I was younger. We got rained out this Halloween, so we rented this one.

It was really nostalgic. The voices. The music. Charlie Brown’s costume. “I got a rock.” I’ve watched this and other holiday specials throughout the years with many family members who are no longer here. It was nice connecting with my kids and reconnecting to some of my memories of being a kid.

I think I was introduced to David Lynch in grade school. I believe I saw Elephant Man late at night on HBO. I’ve been hooked since. Eraserhead is one of my favorite films and the one I’ve probably seen more than any others.

I happened to watch The Grandmother again when Criterion offered a nice transfer for free online.

I think I watch this every summer. I have an Amity Island vacation poster in the living room.

I have pieces of an essay on ‘80s masculinity and Road House that I’ll eventually put together. 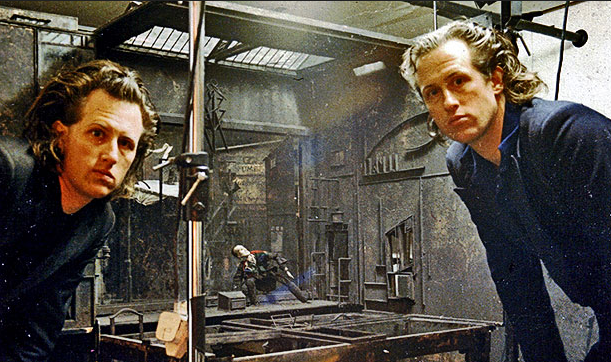 Probably my favorite artists and filmmakers. I won the new Blu-Ray in a contest that involved identifying ten stills from their films. The Blu-Ray transfer is fantastic and the new content is as great as anything they’ve done. The Christopher Nolan directed Quay (2015) is fascinating in that it’s the most detailed, though brief, discussion I’ve seen the Quays give on their techniques. Their work is a continual inspiration.

I’m never able to get out to see current films, so I doubt if I’ll ever write anything like a “year’s best.” These are simply films I liked this year. Some are here because I think they are great (Son of the White Mare) and others, though flawed, worked for me on a particular level (Session 9).

Shana Moulton: Everything. One of my favorite artists and my favorite film discovery this year.