We celebrated our oldest daughter’s birthday. She was excited that she got to hear her name over the intercom at school. She is still young enough that everyone in her class brings in cards and treats. The youngest was stashing candy and wrappers everywhere, a chaotic flurry of plastic and chocolate. Demanding pizza. Drawing on doors. Then being as sweet as anything.

I had a man express his unsolicited thoughts to me on the state of frozen pizza in Mal-Wart. Things aren’t good, but Red Baron is best. I grew up eating Red Baron and as much as I like a fresh pizza out of a brick oven, I love frozen pizzas, too. I wanted to suggest some of the newer, more expensive ones that are really good, but this wasn’t a conversation.

Lost Chords #6 featured an album I quite like, Screen Memories by John Maus. I wrote several paragraphs about the cover image and mediation that I removed. Maybe I’ll add to those thoughts later.

I also wrote about the profound effect Eraserhead has had on me for The Terror Test: Test Prep.

A good friend of mine brought Amphibian Man (1962) to my attention. He’s been on-and-off researching the history of horror in Soviet and Russian film and mentioned this. It’s hard to describe, but it’s about a mad scientist who gives his son gills. The son falls for a lady much in the same way the Gill-man falls for one in Creature from the Black Lagoon (1954). There are familial and societal roadblocks to their love affair. There are shades of Victor Hugo, Beauty and the Beast (and other fairy tales), and Frankenstein, and it has a look somewhere between Forbidden Planet and Star Trek. An obvious precursor to The Shape of Water, and  possibly to films like Starman or The Man Who Fell to Earth–as told by Powell/Pressburger.  It’s on Amazon Prime if you’re interested. 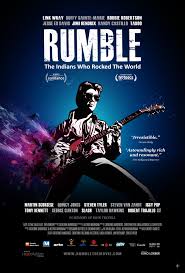 Rumble: The Indians Who Rocked the World (2017)  is a fantastic documentary for fans of rock music, American music, and folk traditions. Highlights disturbing laws and violence against American Indians and also traces the thread of their musical cultures though American vocal music, blues, and rock. I’m hoping to read Like a New Sun, a collection of new indigenous Mexican poetry. 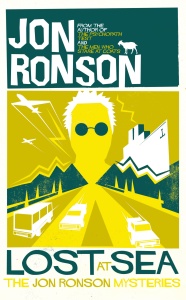 Jon Ronson’s Lost at Sea collects various articles and essays from throughout his career. Indigo children. Psychopaths. Frank Sidebottom. I wanted each chapter to be a book of its own. The audiobook is fantastic partially because he reads it. Hearing this in his own voice is addictive. I wish Zadie Smith would record her novels.

I like red peppers and Jan Švankmajer movies. 1. Current Listening: Lots of soul from Muscle Shoals 2. Current Viewing: A Hard Day's Night (1964). 3. Current Reading: H.G. Wells: In the Days of the Comet View all posts by Stephen McClurg