The best thing about the week was going to see some of my oldest daughter’s work in a children’s art show at a small local museum. The youngest would wake up every morning and yell, “We’re going to the art show!” and we’d have to explain when it was. We walked around the museum and the town and got to have dinner at a little place together. The rest of the week wasn’t as soothing.

This is always a busy time at school. We’re doing new material and reviewing for exams. It always seems like we have a lot due at the same time and a lot of absences from field trips and sports. Then our state just dropped a giant standardized test on us that we have to do in May. So I need to research that in order to make sure my students know what to expect.

Along with that, we finally had our clothes and linens delivered from the flood. We’re in the process of going through that and we found out that part of the claim had to be fixed. This process has affected us for two months and counting…

With all this, my writing schedule had to be adjusted, but I’m still working. I should have a piece on Oumou Sangeré’s new record up this week and I’m revisiting an older essay on zombies for a Terror Test viewing of Night of the Living Dead (1968), one of my favorite movies. I was Romero- and zombie-obsessed for a good part of my pre-teen and teen years.

I had been recommended Locke and Key several times and either I bought something else or the library didn’t have the first volume. I’ve now read the first two volumes and really loved them. This is the first longer work that I’ve read by Hill, too. What I particularly like about the series is that it is obviously horror–it goes for scares, it goes for creepiness, it goes for gore–unapologetically. But with that it also works on developing characters, which horror doesn’t always do well. In some ways, it’s like Tales from the Crypt (each key is would almost be like a story in one of the anthologies) but with character development.

I loved the structure of this book. It’s Daniel Clowes working in a page-length gag strip format, while telling a longer narrative that spans maybe a couple of decades. Kind of a sardonic For Better or Worse fronted by–I don’t know–calling him a misanthrope seems kind. It cracked me up, yet it still manages to evoke poignancy, and, somehow, even empathy.

I’ve been spending more time listening and playing music, which as I’ve mentioned before hasn’t happened in years. 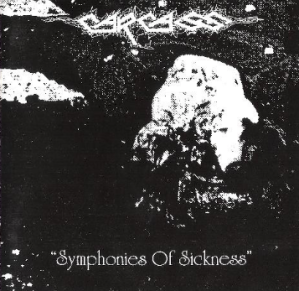 Carcass: Symphonies of Sickness (1989)
I hadn’t listened to Carcass in ages. I’ve heard them called all kinds of genres: grind core, hardcore, death metal, burp metal, whatever. I find it strange that I can’t remember any of this material musically (I don’t remember any melodies, riffs, anything–then again “Ruptured in Purulence” has some sweet riffs), but I still like it. One of the early pioneers of death metal. I need to find my copy of Napalm Death’s Scum. 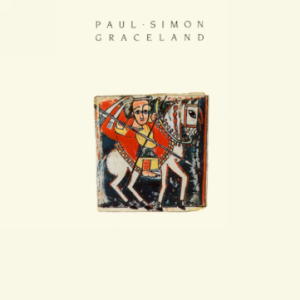 Paul Simon: Graceland (1986)
I was writing about the bassist on this record, Bakithi Kumalo, and decided to give it a listen. I hadn’t heard this record in decades. I’ve never heard a Simon and Garfunkel album and I’ve only listened to two or three Simon solo efforts, but this record was the first one I consciously remember listening to for the bass playing. It’s still one of my favorite bass performances, particularly in pop music. 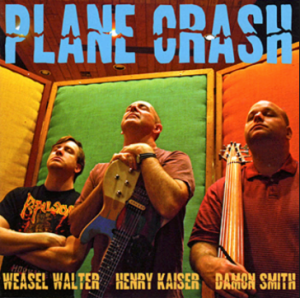 Henry Kaiser / Damon Smith / Weasel Walter: Plane Crash (2009)
Spectacular free improv set by three monsters. Oddly, though he’s the most well-known, I’ve heard the fewest recordings of Kaiser’s and this one made me realize that he’s likely a fan of Davey Williams, a great Birmingham guitarist.

Black Sabbath recordings have been a balm to my soul lately.