We’ve had great weather here, so when the kids get home we’ve been going to the park. I miss when the geese would waddle around us. Now there’s just screeching trees, but at least the insects and the heat haven’t taken over…yet. Mostly it’s just Spider-Man jumps and running around the playground. My oldest likes to run at least two laps before playtime and two after. She is the only runner in the family, even her competitive younger sister watches and says, “Let me hold the clock!”

I wrote a whole page on bassist Bakithi Kumalo that I ended up editing out of my latest post on Lost Chords & Serenades Divine. I’ve been researching a variety of African rock and pop styles, partially out of general interest and partially for bass playing inspiration. The one personal positive outcome from our flood has been my rediscovery of bass playing.

In true reanimated fashion, I published an essay I wrote on zombies over a decade ago for Test Prep to go with their episode on Night of the Living Dead (1968) and Mother! (2017). George Romero remains an inspiration. 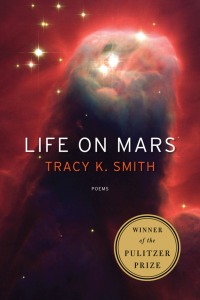 I’m always reading a book of poetry, but that may mean reading only a poem or two a day. I had enjoyed a few of Smith’s poems in various publications, and I admired not only the individual lines and poems, but also the organization of Life on Mars. Smith weaves several topics together, grief, the death of a father, David Bowie, etc. What struck me was how Modernist the book was, while being contemporary. I don’t know much about Smith, but there was this echo of style and device of Eliot and Pound and Yeats, but not mimicry. The multiple dimensional use of Bowie as a reference reminded me of Pound’s use of references. After Silverstein, Hughes, Poe, and Dickinson, the Modern poets, for better or worse, were my first real poetry obsessions. I knew poetry would be a part of my life after reading them. 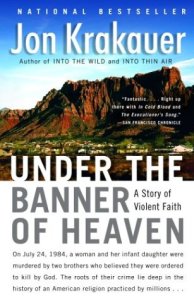 So this came with my Audible account I started two years ago. I enjoyed Krakauer’s Into the Wild, but I thought this was the Mt. Everest book, which only sort of interests me. I didn’t have any credits left and didn’t want to spend any more money on books, so I decided to listen to it since it was free. Wow. This isn’t the Everest book. This is the Mormon murder book. If you’ve listened to the podcast, you know that I’ve been studying religion and religious texts informally for over a decade. I hadn’t done much work on Mormonism, fundamental or otherwise, though I’ve had pleasant conversations with Mormon missionaries. 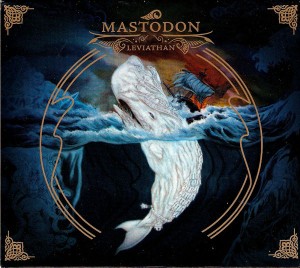 Moby Dick is one of my favorite novels, and when I heard that there was a metal record based on it (to some degree), it cracked me up. Someone tried to get me to listen to it once, but I just wasn’t interested in hearing metal at the time. Time’s change. Mastodon’s Leviathan (2004) has been cued up several times this week and I think it’s a blast. I’ve previewed a few of their other albums and none of them have caught my ear yet.

I generally don’t write about stuff I don’t like. It just doesn’t seem useful. Sometimes work is just not for me at a specific time (see above paragraph) or simply not for me. That’s ok. I may personally analyze something that I don’t think works in order to learn from it. Anyway, this particular week brought me two unexpected cases. 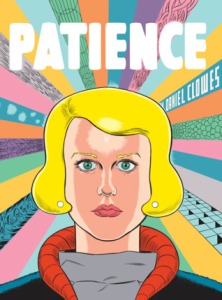 I’ve been reading Clowes since he was in Cracked. I’m wondering if I missed something with this one. It felt like a chore getting though it sometimes and I’ve never had that experience with his work (though I recently attempted a viewing of the Ghost World adaptation–a movie I liked when it was released–and found it unwatchable). There were interesting nods to other cartoonists’ styles, like the time dimensions would be characters visiting different strips or universes drawn by a different author. Any other Clowes fans have the same reaction? 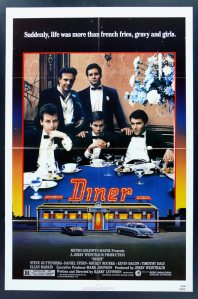 I had only heard good things about Diner (1982). While there are some sparkling performances here, I felt like Kevin Bacon’s character most of the time: I either wanted to drink or punch windows or both. I don’t think that was what I was supposed to get from it. I much prefer the Baltimore of John Waters.