The Week That Was, or And But So

Most of the week was taken up with getting the second semester of school under way. That and the continual fight with the dryer. I will now have to hire a true mercenary after four troubleshooting attempts that have exhausted my limited handyman artillery. 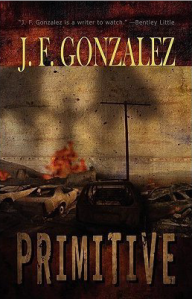 I’ve been a lifelong horror fan and spent a lot of time reading horror fiction when I was growing up. By college, I was reading mostly other genres, but I have kept up reading horror classics I missed and I’ve slowly been re-reading Stephen King’s bibliography in order. After a few years, I’ve only managed ’74-’81 and am currently on Cujo.  By the time I finish it, he will likely have written three more books.

Recently, The Horror Show with Brian Keene announced a book club. Given that the choices were contemporary, I thought of it as a chance to read some decent books in the genre that I have missed. January’s pick is Primitive by J.F. Gonzalez.

Primitive is and isn’t a zombie novel. I don’t want to say too much about it because much of the joy of the book in Gonzalez’s fresh take on the zombie apocalypse. Similar to pulpy sci-fi, the enjoyment here is the speed of the narrative and the ideas that Gonzalez plays with in the novel. Also similar to pulp, the speed kills chances to slow down and get into world, character, and thought. An argument could be made that the fast tempo matches form to subject matter. Okay. On that level the book delivers.

I generally want a little more.

So as a pulp horror novel, it’s fun, but that means that there is a lack of finesse in places. There are odd repetitions–spots where characters would repeat lines almost verbatim within a few paragraphs or pages. The pace of the narrative also meant that there were awkward expository conversations.

After reading this, I looked at some reviews and some people don’t like the move Gonzalez made at the end of the novel. I like what he did with form.

Keene has started, as a continuation of a project Gonzalez began (he died in 2014), a History of Horror Fiction at Cemetery Dance Publications. So far it’s a great series.

Maybe next year I’ll have time to jump on the Bowie book club. 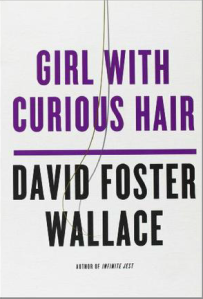 This is the first book of Wallace’s short fiction and the first of the genre I’ve read by him. I can’t really give a proper review of Primitive in this space, much less this one. Wallace reportedly renounced much of the work here and, if I remember correctly, in his first novel The Broom of the System.

I’ve found both interesting, but Girl feels like a young writer swinging for the fences with both success and failure. I am especially interested in the various masks Wallace puts on and how it seems purposeful that there is both an author and a persona speaking at the same time and that the author is somehow commenting on what the persona is saying.

If anything, on a first reading I was surprised by the endings of these stories and how much work likely went into them. There are times when a story seems to have devolved into a post-postmodern metanarrative only to spiral into some kind of emotional truth or beauty that feels somehow universal and unstable at the same time. The book could be frustrating, but in interesting ways. Definitely worth a reread, but it’s not for everyone.

I’ve also started writing a music review blog for The Drunken Odyssey podcast. Enjoy! Or not!

Though I won’t write about it, I am currently listening to Rush’s discography. I don’t care that you don’t like them. My brain is full of the love that is like the view from Rush’s stage: thousands of air drummers in perfect, glorious synchronicity.

I’m also reading Dune, so I kind of feel like that kid in “Subdivisions.”  Then again, I’ve always felt like that kid.

Nothing new here except the year.